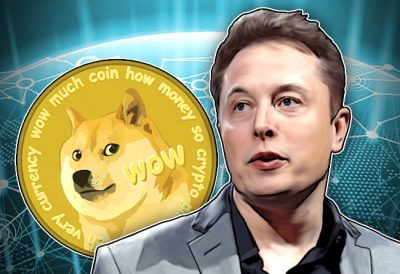 On New Year’s Eve residents of Sydney are extremely surprised to find that Dogecoin (the favorite cryptocurrency of Tesla founder Elon Musk) can be purchased in common ATMs. And soon Dogecoin most likely will be used in several Odesa co-working spaces as a new payment method.

Dogecoin cryptocurrency entered the market back in 2013, in fact, simultaneously with the well-known bitcoin. It’s worth noting that the coin was originally conceived as a joke. However, it seems that Elon Musk has serious plans to introduce Dogecoin as the world’s first cryptocurrency in space as he unequivocally hints on Twitter (also in another tweet) to his subscribers.

Whether Dogecoin will become a part of Tesla’s financial fund is left to wonder. But Dogecoin will definitely help Odesa residents get closer to space today. Due to the availability and low price of this funny cryptocurrency, it will be used as a payment method in several co-working spaces of Odesa, Ukraine. We will keep you posted on which Odesa co-workings will accept Dogecoin first.