Although it is a tale that probably hasn’t had the impact expected from Misha Saakashvili inspired events, and despite some highly questionable deals regarding the new Odessa International Airport Terminal between the Saakashvili administration and dodgy businessmen, matters regarding Odessa airport certainly appear to be going the right way.

Upon arrival, Governor Saakashvili managed to force out the Ihor Kolomoisky aligned (and thus MAU airline friendly) bureaucrat that effectively—indeed very effectively—managed to preserve the almost 100% monopoly Mr Kolomoisky’s MAU had over flights into and from Odessa airport—both national and international flights.

Having then made Odessa airport “Open Skies”—Odessa and Lviv being the only two Ukrainian airports that are currently—several new international and a new internal carriers have appeared at Odessa airport.  The 3rd August seeing yet another carrier moving one step closer to arrival.  Air Berlin may very well be flying Odessa to Paderborn from 2017.

The slowness of the story naturally has gathered little media impact—as slow stories generally don’t.  Nevertheless Governor Saakashvili can count this achievements as a win, for to be sure if he hadn’t taken on the challenge nothing would have changed. 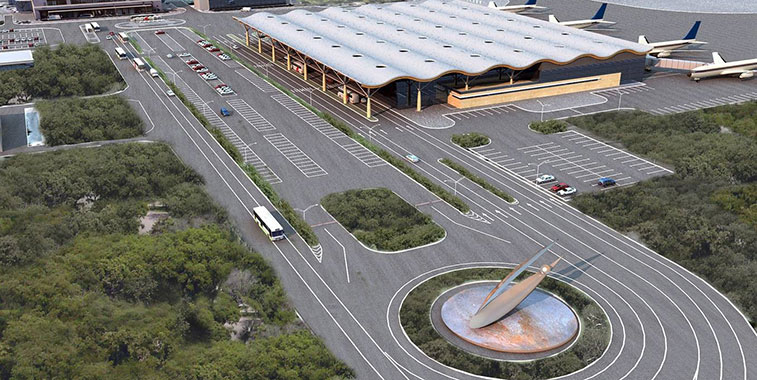 However, his statements regarding the commissioning of the new Odessa terminal have been many.  It was first due to open in March 2016—then the autumn—and now the year end.  The terminal has been built and the external building works completed.  There is a watertight finished exterior.

Internally however, the terminal is no more progressed today than it was when the foundations were first poured years ago.  There is a tremendous amount of work to do if it is to open by the year end—thus to be blunt, it seems very unlikely unless Odessa is given the Eurovision hosting city title which may then add some urgency.

Further, there is little point to a new terminal without necessary runway and associated groundworks—and the runway, like all Ukrainian runways is owned by the State as all are designated dual purpose civil/military.  Ergo Gov UA will have to find the cash for the runway works to make the new terminal anything more than an interesting structure. 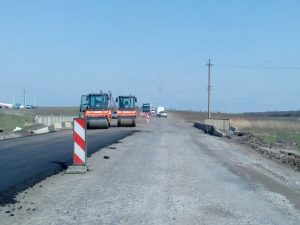 Nevertheless, the new airport terminal is certainly far more advanced than the $4.5 billion road from Odessa to Reni (and beyond into Romania).  This is a project that will take several years—presuming the funding over those years flows.  That it is a necessary infrastructure link between the southwest of the oblast and the city perhaps is often eclipsed by the international theme of an infrastructure link connecting Romania to Odessa.  It is, to be clear, as much a political road as it is an economic road.

However, whilst the Governor and Air Berlin will dominate the local media headlines, wily parliamentarian (and uncrowned Tsar of Bessarabia/southwestern Odessa oblast) Anton Kisse was quietly progressing infrastructure projects of his own within his fiefdom.

On 2nd August Mr Kisse, together with Ukrainian Ambassador to Moldova Ivan Gnatishin, Vice-Chairman of the Odessa Regional Council Yury Dimchoglo, and Vladislav Fateev of Ukrzaliznytsia, met with Deputy Minister of Transport and Road Economy of Moldova Sergey Bucataru, and director of the Moldavian Railways, Yuri Topal. 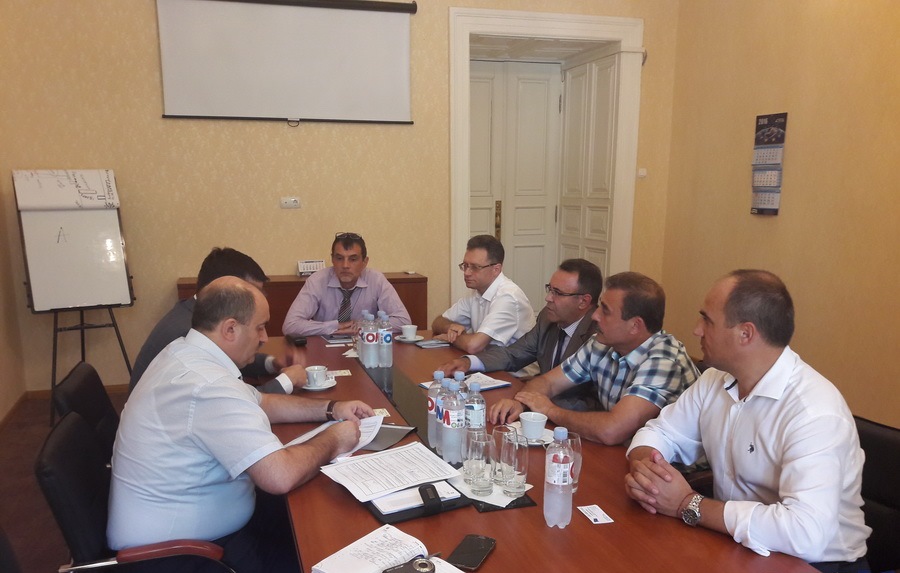 The aim of the meeting, to rehabilitate the Berezino (Ukraine) to Bessarabyaska (Moldova) rail track and return it to former glories as part of the regional infrastructure.

This 16 kilometer section of forsaken rail track would benefit both Moldova, de facto Transnistria through which it passes, and Odessa oblast—predominantly Ismail.  The port of Ismail, as well as the Tatutinsky region both likely to benefit from the ease of moving Moldavian grains for export, and also the movement of other goods and people.

It would also create another rail link to Bucharest and Sophia, changing at the Moldavian capital, Chisinau—and given the high ethnic concentrations from both Bulgarian and Romanian nations in the southwest of Odessa oblast, it is no bad thing for the local community either.

Matters seem likely to progress in September, and to be sure the 14 kilometers of track in Ukraine, and 2 kilometers in Moldova, would not take long to bring to working order.  Perhaps 6 weeks. 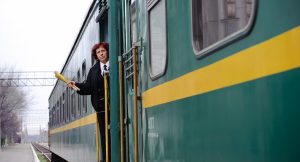 The estimated cost is about $10 million—which the EBRD (European Bank for Reconstruction and Development) has stated historically that it would be willing to fund—indeed it has said so on several occasions in the past.  Perhaps the only question is whether they are still willing to fund it—or not.

Undoubtedly, should funding be given, this rail link will be completed long before the Odessa-Reni road.  The question is whether it will be completed before Odessa Airport Terminal (which should have already been completed).  The answer, most likely will be—yes.